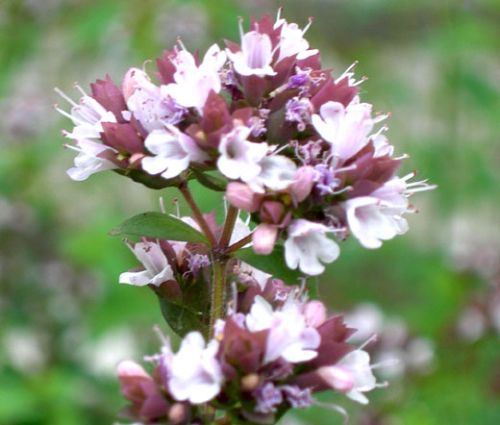 Oregano Origanum Vulgare is a bushy perennial herb native to Mediterranean Europe. Oregano seeds can be started indoors or directly outdoors in spring, and also called Wild Marjoram, Origanum Vulgare features aromatic foliage with pretty, deep-purple, brown stems and broadly ovate leaves that often have a red flush. Oregano blooms with tiny, white to rosy pink flowers that appear in loose, terminal or axillary spikes throughout the summer and into fall,

Oregano is mainly grown as a culinary herb in herb and vegetable gardens, but it can be planted in rock gardens, along a border, and hanging baskets. Origanum Vulgare seeds germinate fast, and the established Oregano tolerates drought and poor soil. Pungently aromatic, Oregano is one of the most important herbs of Italian, Greek and Mexican cooking, and its flavor is strong enough to stand up to bold flavors like tomatoes, onion, garlic and beef. The Oregano leaves can be clipped throughout the growing season and used fresh or dried.